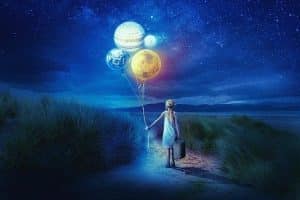 The first edition of Sigmund Freud's book The Interpretation of Dreams was published in German in November 1899 under the title Die Traumdeutung. It is part of a kind of trilogy, covering the most significant work of Freud, along with "Psychopathology of everyday life" and "Wit and its relationship to the unconscious", as it illustrates the manifestations of the unconscious in everyday life.

Freud's theory of dreams is closely linked to psychoanalysis. Dreams are seen as a kind of code or cipher, in the form of which hidden desires find their satisfaction. Freud considered this discovery to be extremely important.

The method that Freud used to interpret dreams is as follows:

After being told the content of the dream, Freud began to ask questions about the individual elements (images, words) that are associated with this dream. For example, what comes to the narrator's mind about a given element when he thinks about it? The man had to communicate all his thoughts that came to his mind, despite the fact that some of them may seem ridiculous, inappropriate or obscene.

The rationale for this method is that mental processes are strictly determined, and if a person, when asked to say what comes to mind about an element of sleep, expresses a thought, that thought cannot be accidental. In addition, it will certainly be related to the element.

The main points in Freud's theory of dreams are the following:

- Sleep is treated as a distorted substitute for something else that is unconscious. Also, in addition to overt sleep, there is unconscious latent sleep, which manifests itself in consciousness in the form of overt sleep. In latent sleep, sleep censorship is also performed. The same authority, which during the day does not allow ethically, aesthetically or socially unacceptable desires in the mind, at night, although it releases them, at the same time it distorts them beyond recognition.

- The function of dreams is to protect. Dreaming is a compromise between the need for sleep and the unconscious desires that tend to disturb it; the hallucinatory fulfillment of desires plays the function of protecting.

In order to understand the nature of the dreams that occur, one must first understand the meaning of the dream itself and what its purpose is. In this regard, Freud states the following: "The psychological purpose of sleep is obviously rest. Its psychological feature is the loss of interest in the outside world: we temporarily return to the state we were in before birth, that is, to the state of intrauterine existence. At least we are creating conditions for ourselves that are completely similar to those that existed then: warm, dark and nothing irritating. ”

In subsequent editions of Dream Interpretation, Freud also added types of dream processing symbols that replaced the latent elements in overt sleep. This part of the theory of dreams was developed by Freud under the influence of the views of Wilhelm Steckel. It was later heavily criticized by psychoanalysts after Freud. Some of his colleague's positions have also been questioned, even by Freud himself, who acknowledges in particular the claim that numbers and figures that appear in dreams always have "well-defined symbolic meanings." According to Freud, this is true only in isolated cases.

According to Steckel, symbols, unlike the usual elements of overt dreaming, have a universal meaning. They are found not only in dreams, but also in fairy tales, myths, everyday speech and poetic language. The number of objects depicted in dreams with symbols is limited.

It can be summarized that through his work Sigmund Freud helped to break down many prejudices and opened new horizons for the study of the human psyche.

For you prepare: psychologist Lyudmila Boyanova 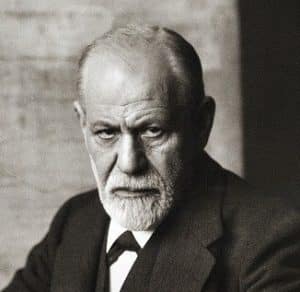 Sigmund Freud
Among the psychologists of the 20th century, the Austrian Dr. Sigmund Freud…
Cresta Posts Box by CP