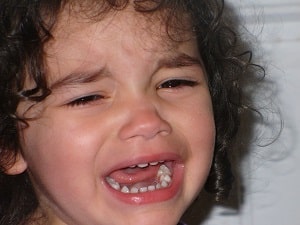 Before writing this material, I decided to check if there were no people who shared as adults how they felt when they were children and scary remarks were used against them to force them to "listen".

I found such foreign sites.

Since it is no different in Bulgaria, I decided to provide in my amateur translation some of the told real stories that I came across, while maintaining the anonymity of those who shared them:

* * *
"For example, I was threatened with an orphanage in order to behave well. They didn't give me, but they showed me a building from afar and promised to leave me there if I didn't listen. I was about 5 years old. It wasn't just sick and scary. It was a horror for me, which I could not overcome for many years! ”

* * *
"When I was a child, they scared me with the police, bandits, and when I grew up with maniacs. The fears were too much and overcame me. Until now, I jump for fear even when the doorbell rings. ”

* * *
"When my brother and I were children, my mother scared us how she would commit suicide if we didn't listen and how bad it would be without her. She said we would never forgive ourselves for getting her there. Only recently, after many therapies, have we learned to stop being afraid and reacting. ”

* * *
"Once my parents" joked "with me and my sister that if we didn't listen, they would leave us at home and leave. They got in the car and drove off. We started crying and running after the car. They didn't leave us, of course, but it was awful! ”

and I will not know when this will happen. I lived in constant fear. ”

* * *
"I remember very well how my mother took me somewhere by the hand and I cried. My mother was very angry crying and threatened to give me to the policeman. I realized this as a real danger and I was very scared. I began to roar even louder, even if my head knew it wouldn't get any better. How did it affect me? I have been a victim of mental violence from time to time until now, although I struggle to prevent it. "

* * *
"I was intimidated by doctors and I thought that when my parents got sick, it was my fault. And if my parents quarreled, I decided it was because of me again that I wasn't doing something right again. I'm still afraid of doctors. "

* * *
The common denominator about this kind of inappropriate blackmail of children to listen to is that the parents themselves take away the feeling of peace and security from the little ones. Thus, they bring them into a world of horror and anxiety, which destroys their psyche and often has irreparable consequences even after growing up. The children fail to show how much they are hurt. They simply petrify with fear. There is no longer a place in this world where they feel understood and safe. The price of fear is paid by the child and it often exceeds a hundred times the "pleasure" of the parent to win the obedience of his child for a short time.

My opinion as a specialist is that practices of intimidating children should not be allowed in order to bring behavior into obedience. There are other ways to communicate with young people. It is the responsibility of parents to study and implement them.

1 thought on “Wrong parental remarks about coercion to obedience” 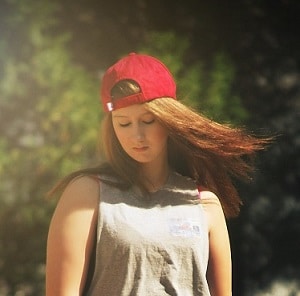