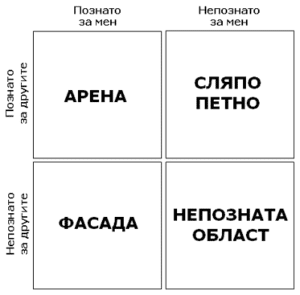 Represents a square divided into 4 parts, which are as follows:

What a person presents to others. It may or may not be the very essence of man in reality;

Here are things that a person knows about himself, but does not consider it necessary for others to know about him;

Denotes the things that others see that a person possesses, but he himself does not realize that he possesses;

A container of things that neither the person himself realizes that he owns, nor those around him. It manifests itself mainly in extreme situations. For example, there is a big accident. One can go to save others in a way that one did not think one could, nor did others. But it is not necessary to have an extreme situation to manifest. Another example could be hidden talent, when in old age someone finds out that he can paint, sing or something else. There can be many things that can be revealed for some reason, and it turns out that a person did not suspect them, nor the other people around him.

The window described in this way can be filled through conversations with others and this can be useful, as long as the person is not guided by conformism. Taking advantage of Johari's window and gradually filling in the areas marked in it as much as possible, a person is able to develop his self-knowledge and to extract for himself new fields for successful realization or to develop his strong qualities, for this purpose without he forces himself to overdo it, talks about himself and listens to others' opinions about him, and then analyzes the feedback given to him.

Johari's window and the unconscious:

When talking about the unconscious, Freud is referring to those things that are not realized but present in our country as humans. According to him, the sphere of the unconscious can manage the sphere of consciousness and explain various types of mental problems including.

Ie not only can one not fully know others, but one cannot fully know oneself. What does this mean? In the sense of whether to close oneself in and focus only on oneself or, on the contrary, to feel like a researcher who does not stop looking at others, except to improve himself? There is no wrong answer. This is because there are different people. And some are introverts (closed in on themselves) and others are extroverts (open to the world). Neither of these two categories of people is bothered by this. In fact, there is a mixture of different amounts of introversion / extroversion. 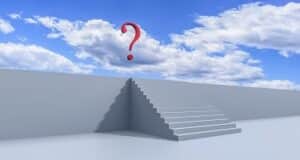